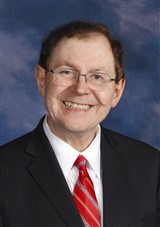 Highly regarded and sought after in his field, Dr. Ikar Kalogjera is known for his work and care in psychiatry and child and adolescent psychiatry. He is an honorary staff member at Aurora Psychiatry Hospital, and also works for an adult, child and adolescent psychiatry private practice in Wauwatosa, Wis. Additionally, he has also authored a book, “Hospital and Community Psychiatry,” as well as scholarly articles and book chapters.

In addition to his work at a private practice, Dr. Kalogjera distinguished himself and shared his plethora of knowledge within his field as a clinical professor of psychiatry at the Medical College of Wisconsin. He began at the institution in 2001 and concluded his work in this role in 2020. He is also the founder and leader of the Milwaukee Group for the Advancement of Self Psychology, and a member and fellow of a number of industry-related associations. He maintains affiliation with:

Outside of his medical career, Dr. Kalogjera is a contributing member of the Croatian Community in Milwaukee, Wis. as well as a consulting physician for the Jewish Family Services and Lutheran Social Services.

Site powered by Who’s Who Publishers